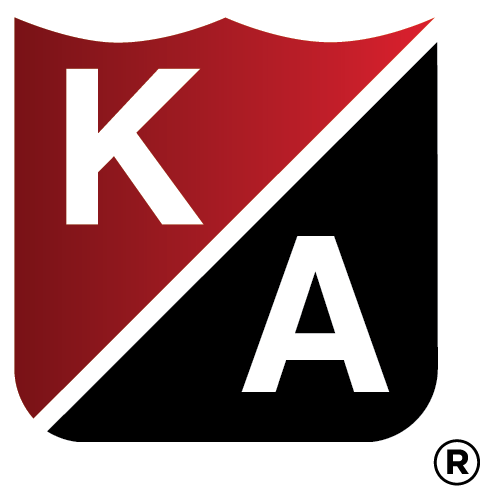 Share
Contract Language Made Code Compliance a Separate Duty From the Standard of Care Duty
July 3, 2018 by jdiessner 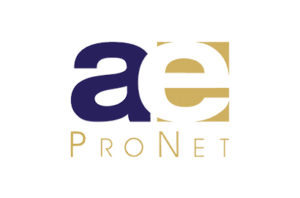 This is an issue that we deal with when redlining changes to a/e contracts. When we see a representation that the a/e “shall comply with all applicable laws, codes and ordinances…” we revise that to read: “The a/e shall exercise the standard of care to comply with all applicable laws, codes and ordinances.” Issues addressed in this case include indemnification clauses, betterment arguments, and the importance of grammar in contract drafting. School Board of Broward County v. Pierce Goodwin Alexander & Linville, 2014 WL 1031461 (Fla. App., 4th Dist, 2014).

Broward County, Florida School Board contracted an architect to perform design services for a high school renovation. After the design was completed and construction began, the School Board concluded that the design was not code-complaint regarding fire safety – specifically that the code required a third floor balcony to have an emergency exit in case of fire. While the project was being designed, a peer reviewer contended that an emergency exit was required. The architect “disagreed and suggested an alternative solution to meet the fire code standards.” The peer reviewer “repeatedly disagreed with the architect’s alternative solution.” But ultimately the design was finalized as the architect proposed, with what the architect thought was approval by the building code official “based on oral statements made by the official during a meeting.” After construction commenced, the official concluded that the design plans were not code-compliant. This resulted in paying more for the renovation because the contractor’s bid did not contemplate the construction of a staircase, and the initial construction had to be reworked.

Language in the Contract Addressing Standard of Care and Code Compliance.

In litigation against the architect to recover its increased construction costs, the school board alleged that the designer breached its contractual obligation to provide a design consistent with code. The architect’s defense that it met the standard of care in its interpretation of what was required by code was rejected by the court, which found that the contract held the architect to both a generally accepted standard of care, plus a separate duty to design to code.

It was the specific language of the contract that caused this result. This demonstrates the importance of exercising great caution in drafting language in the contract addressing standard of care, code compliance and indemnification – all which came into play here.

Because the standard of care paragraph stated that the architect would comply with the “customary professional standards currently practiced by firms in Florida AND in compliance with any and all applicable codes, laws, ordinances, etc.,” the appellate court held that compliance with code was separate and apart from the normal standard of care requirements. It reversed the lower court decision that had required the county to prove the architect was negligent. Please read the commentary below for drafting tips to avoid this outcome.

The appellate court concluded they erroneously interpreted the contract and applied an incorrect standard of care. It accepted the position of the school board, which argued that the standard of care usually applicable to architects was heightened by three provisions of the contract:

“2.1.3 As to all services provided to this Agreement, the Project Consultant [the architect] shall furnish services by experienced personnel and under the supervision of experienced professionals licensed in Florida and shall exercise a degree of care and diligence in the performance of these services in accordance with the customary professional standards currently practiced by firms in Florida and in compliance with any and all applicable codes, laws, ordinances, etc….

2.1.5 All professional design services and associated products or instruments of those services provided by the Project Consultant shall:

.1 Be in accordance with all applicable codes, laws, and regulations of any governmental entity, including, but not limited to, [list of regulatory entities] with the Owner serving as the interpreter of the intent and meaning of … any other applicable code[.]” (emphasis added).

In opposition, the architect argued that the applicable standard of care was governed by the indemnification article of the contract at section 8.1.1., which provides:

To the fullest permitted by law, the Project Consultant shall indemnify and hold harmless the Owner … from and against any and all liability, claims, causes of action (by whomever brought or alleged and regardless of the legal theories upon which the liability, claims or causes of action are based), losses, damage, costs, expenses and fees … which are or may be imposed upon, incurred by or asserted against Owner … to the extent said liability, claims, causes of action, losses, damages, costs, expenses and/or fees are caused by the Project Consultant’s negligent, reckless or intentional wrongful acts or omission, error, misconduct, or commission. (emphasis added).

In another effort to demonstrate that the standard of care was limited to the generally accepted standard (i.e., non-negligent), the designer argued that the indemnity clause at article 8.1.1. showed that intent. The court rejected that argument for several reasons, including (1) the indemnification article was only for third party claims and not for first party claims such as the one brought by the designer’s client, the school board; (2) the placement of the word “or” in the relevant language had the grammatical result of causing the designer to be obligated to indemnify against claims caused by its negligence “OR omission, error, misconduct, or commission.”

The court explained, “If ‘negligent, reckless or intentional wrongful’ were intended to modify ‘omission, error, misconduct, or commission,’ the disjunctive ‘or’ would not have been used, and the last portion of section 8.1.1 would have been written as follows: ‘… to the extent said liability, claims, causes of action, losses, damages, costs, expenses and/or fees are caused by the Project Consultant’s negligent, reckless or intentional wrongful acts, omissions, errors, misconduct, or commissions.’ ”

The court stated that with regard to indemnification, “the rights and remedies for indemnity regarding negligence pursuant to article 8 were in addition to, and not a limitation upon, the rights, and remedies for breach of performance required by article 2.” In conclusion, the court stated, “The fact that all three sections specifically state that all design plans were to be in compliance with all applicable codes, and only once makes reference to ‘customary professional standards,’ persuades us that the architect committed itself to a higher standard.”

This decision demonstrates how important the placement in a sentence of the words “and” and “or” can be. If the intent is to limit the design professional’s indemnification duty to only negligent acts, errors and omissions, the word “negligent” needs to be in a position such as just shown in order that it applies to and modifies each of the words “acts,” “errors,” and “omissions.” It is not uncommon to see contract language that instead reads something like this: “Consultant will indemnify … for damages … from acts, errors or negligence.” Note that the placement of “negligence” after the “or” means that it does not modify the “acts, errors.” In other words, the designer must indemnify for all acts and errors even if not negligent.

Consider using a clause such as “Design Professional will use reasonable care to comply with applicable laws and codes in effect at the time the services are performed hereunder.” Or if the “standard of care” has been properly defined in the contract, consider writing: “Design Professional will exercise the Standard of Care to produce plans and specifications that comply with applicable laws and codes….”

In arguing that the indemnity clause should be interpreted to limit the standard of care owed to its client, the architect stretched the clause beyond its normal intent. The court concluded that the indemnification clause was not intended to establish standards or obligations applicable to the services of the architect to its client or applicable to first party claims brought by the county against the architect. Instead, the indemnity clause was solely to establish an obligation to indemnity the county against “third party claims.”

This “third party claim” aspect of indemnification clauses has been the historical norm. Many clauses will describe the indemnity as applying to damages the client sustains due to claims for bodily injury or property damage, i.e., claims by others against the indemnitee. More recently, however, we have been seeing more indemnification clauses that fail to reference bodily injury and property damage. Instead, they are stating all claims, damages, breach of contract, etc. Some courts have interpreted such clauses to apply to first party claims by the indemnitee (client) against the indemnitor for the client’s own damages, economic losses, etc.

Even change order costs that are paid to a construction contractor are being claimed by owner/Indemnitees as indemnification claims against design firms. To clarify that only third party claims are indemnified, consider a clause such as the following:

Indemnification. “Notwithstanding any clause or provision in this Agreement or any other applicable Agreement to the contrary, Consultant’s only obligation with regard to indemnification shall be to indemnify and hold harmless (but not defend) the Client, its officer, directors, employees and agents from and against those damages and costs (including reasonable attorneys fees and cost of defense) that Client is legally obligated to pay as a result of a third party claim concerning the death or bodily injury to any person or the destruction or damage to any property, to the extent caused by the negligent act, error or omission of the Consultant or anyone for whom the Consultant is legally responsible, subject to any limitations of liability contained in this Agreement.”

The court decision also addressed a defense by the architect that alleged the county was not entitled to the full amount of damages awarded by the jury because part of those damages were actually “betterment” to which the county was not legally entitled.

The court agreed in part, and explained the principles of betterment, or what it called “first cost.” The court concluded that “damages collected by the school board for the [change orders] should not include costs for construction that the school board would have incurred if the initial design plans matched the final design plans.” Or as further stated by the court, “the purpose of damages is to restore an injured party to the same position that he would have been in had the other party not breached the contract.” “In restoring the injured party to the ‘same position,’ he is not entitled to be placed because of that breach, in a position better than that which he would have occupied had the contract been performed.”

Using the term “first cost,” the court found that the amount the county would have incurred if the omitted change order item had been originally included in the design plans must be removed from the damages calculation. This is because if, for example, something like a staircase is left out of the plans, then the contractor never included any cost for that staircase in its bid. If the original plans had included the stairs, the contractor logically would have included costs in its bid for those stairs and that will be the “first cost” that the county would have had to pay if the original design had included the stairs as it should have.

When the change order is later granted to a contractor to install the missing stairs, the measure of damages will be the difference between what it costs to rip out work, make changes, and install the stairs now versus what it would have cost to have obtained the stairs if they had been designed and bid at the correct time. The county should not be entitled to a free set of stairs. That would be “betterment.” Or as analyzed by this court, it would be improperly removing the county’s “first cost.” 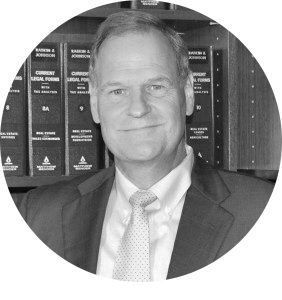